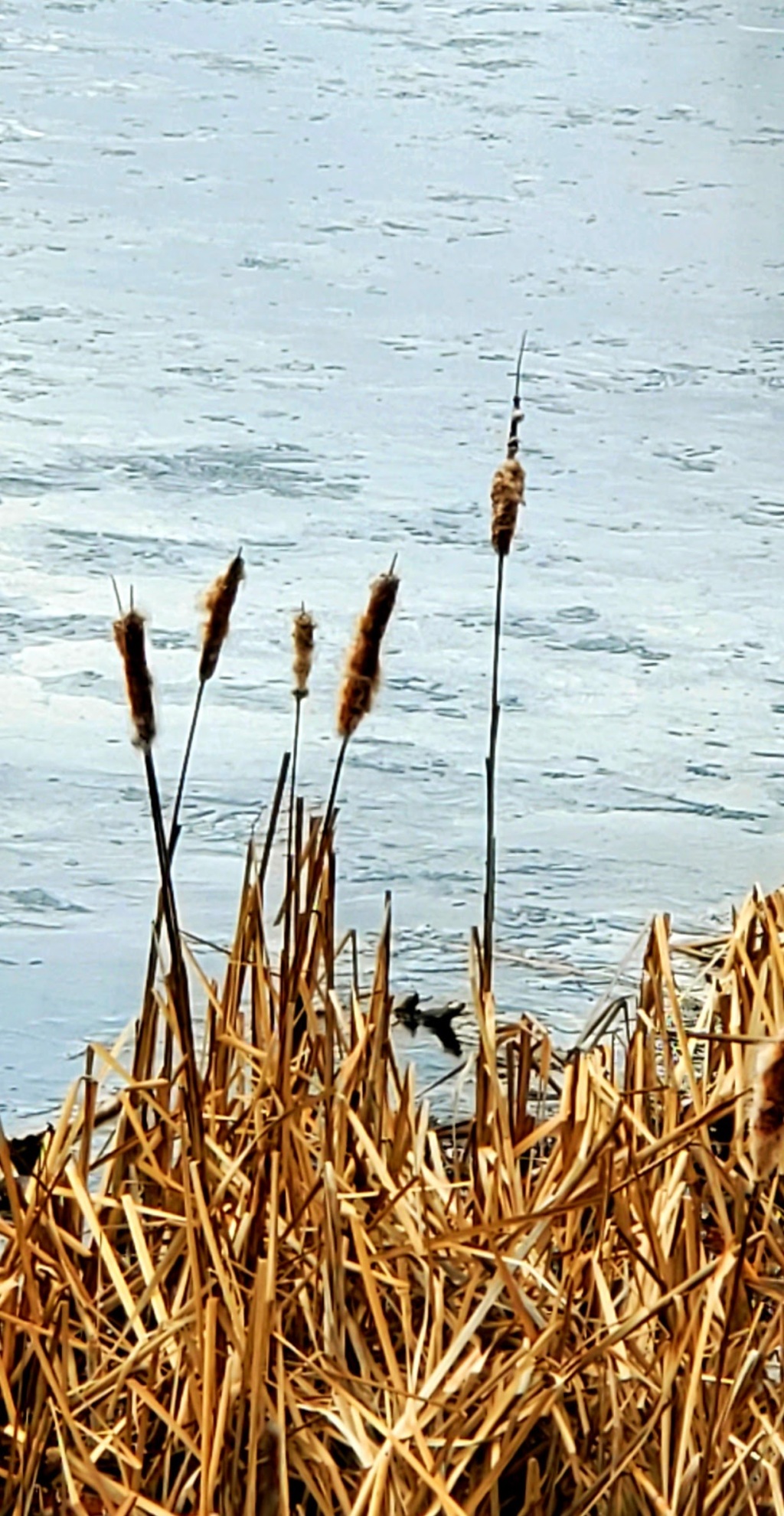 Sometimes you do something for the first time, and you say, I’m definitely doing that again. But “again” never seems to come. Or maybe what you did just isn’t available anymore, or you’ve moved, or the place you loved is an entirely different place now. A month or so back (because yes I am SO behind in writing posts!) we returned to Halibut Point State Park. It was a far different place than when we visited back in June, and so much different, but not, than the park we visited over 10 years ago. In June it was warm and sunny. We hiked the paths, sat on rocks by the water and soaked up the sun. We watched people fish, boat and enjoy the beauty of nature and New England in early summer. But on this most recent return, in early January, the leaves had fallen, ice crusted over the quarry in places, and the ducks were puffed up to stay warm as they paddled around the quarry.

Sometimes you can’t go back!

Thinking about things you can’t do again made me think back to childhood. Maybe I was around 10 or 11. It was winter, and back then we really did seem to have more snow. When I think of it, it seemed like sledding snow existed from perhaps late December right through February or even early March. And every day after school, or sometimes during the week if we had a block of snow days, we went sledding right in our own backyard. We lived on a large plot of land. Four acres by the time it was sold. But when we were younger, it was closer to 12 acres. Slowly my grandfather sold off lots, until all we had was the porkchop shaped lot (that’s what they called it) that ran behind the other houses. We had woods backing up to acres of other woods, but we also had a sloping hill that ran down into a meadow, just to the left of a big old barn.

I actually backed over my grandfather in our station wagon one sunny day much later than this story… I’ll save that story for another day, but that’s definitely NOT something I want to do again!

As I think I’ve mentioned before, we were not rich growing up. In fact, we were pretty poor. My mother took in sewing to make extra cash, and my father worked with my grandfather at the barrel yard in Chelsea. But about the time of this story, I think he’d maybe lost that job and was kind of afloat, learning about auto transmissions, washing floors at grocery stores… I’m not sure. But we definitely didn’t have money to burn. And Christmas in any year was not a day of expensive gifts.

My mother usually got each of us a book, a game, and maybe an item or two of clothing. And an orange, a pomegranate, some candy. That was it. But this year, she had something special in mind, a toboggan! She saved up extra cash from sewing, and perhaps even some S&H green stamps, and got us a big, beautiful, wooden toboggan. It was long enough for all four of us to sit on with our legs wrapped tightly around each other. I remember seeing it Christmas morning with a big bow, leaning up against the door that led out to our porch. Maybe there was no snow that day, but there was definitely snow soon after, and we took the toboggan out to test it on our “run” down to the meadow.

We had multiple metal saucers we could use to slide down that hill. It wasn’t extremely steep, but it had enough of a downward shift that you could build up some good speed as you neared the stone wall and leaned carefully to clear the rocks on either side. With luck and the right amount of lean and push, and a good grip on the handles of the saucer, you could slide all the way down the hill, through the entrance to the meadow and right into a stand of trees and shrubs. As a matter of fact, when I was about 3 or so I had a vision of the Virgin Mary in that stand of trees. But again, story for another time.

This time we wanted to give that toboggan a real christening. The hill had developed a nice slick surface, and we’d banked up snow over the rock wall to use as a jump. Yes, we took it down for trial runs in the middle of the trail, but we got excited about the idea of all four of us jumping it. We ran it a few more times down the middle to get a feel for steering, all of us leaning together. One of us would push from behind then jump on when the speed was right, and we’d all tuck our feet in tight. We were ready.

We pulled the toboggan all the way to the top of the hill near our parked car so we’d have a good running start. Not sure who did the pushing but I know it wasn’t me. No doubt one of my brothers. Then it was swish swish swish (the sound of ski pants) and that rear runner gave all of us a push and jumped on behind. We squealed and held onto each other tight, and leaned to the left as we got about 15 feet or so from the wall. Suddenly we were sliding up the ramp, over the wall, and suddenly it all went wrong. We started to fall off, the weight shifted, and the toboggan headed straight for a thin tall tree. That tree cracked into the center of the curled wooden front of the sled and then proceeded to split it right down the middle.

As we lay on the snow in various locations, no doubt checking for broken bones (but really, how do you break anything in the layers of snow wear we had on?) we glanced over. There was the toboggan, nearly split in two… and we had to go let my mother know. Her special gift for Christmas had taken it’s final journey. There would be no fixing it, and no more sledding over jumps together. I think that was probably the last year the four of us did any real sledding together. But it was definitely one for the record books.

Returning to the quarry

As with the toboggan, Halibut Point is a park we wanted to return to. Our weekly hikes can get a bit iffy when it’s cold, but Sandy said she wanted to go back, and it was just an hour or so away, plus we could go have lunch again at our favorite Italian grocery. Never mind that when we arrived, Sandy realized she’d really wanted to go back to Blackstone Valley, but we were there, and totally enjoyed wandering down new trails and seeing the place in its winter beauty. Not writing more for this one. Just enjoy the photos.

Signs to guide us

There were plenty of signs telling us where to go, and where NOT to go! Given the temps and the wind I don’t think we considered swimming anyway, but I’m sure at some point, perhaps back in the 60s and 70s, this was a very popular place to cool off in summer.

The quarry is active in winter!

It was a beautiful hike, and we were very grateful we’d worn gloves, heavy coats, hats and scarves. When you’re winter hiking by the ocean layers are your friend. Not sure we’ll get back to this park again this year. But if you’re in the Boston area and looking for a beautiful, well-marked trail to hike (with clean restrooms, and decent parking) definitely head out to Halibut Point. In summer you’ve got rocks to sit on and enjoy the sun, and in winter you will not be alone on the paths, but you’ll have plenty of private places to wander and enjoy nature.

If you’ve enjoyed this post you should follow my blog. I mix it up with recipes, memories, places to visit, and places to hike. Just share your email below and you’ll get a note every time I post something new!

Still looking for more to read? Check out my most recent posts: