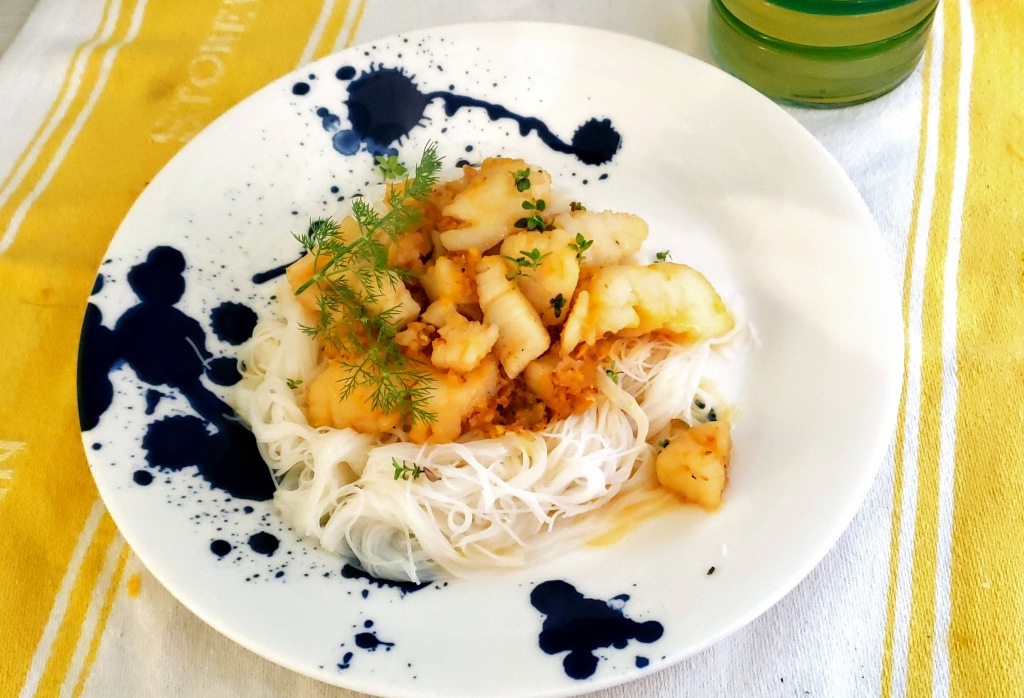 Is it just me, or has the warm weather got other people thinking about summer? I remember summer days when I was younger. We spent time with my Uncle Johnny, Auntie Anne, and our cousins, Doug, Jackie, Kathy and Jennifer. They lived in Nahant in a big old captain’s house on a cliff. I see on maps today, that cliff is named Johns Peril (good name considering my uncle!). It looked out over Nahant Bay and Egg Rock.

The house was big enough to have two fireplaces in what we always considered the “ballroom.” Sometimes that room was set up with big long tables for family dinners, other times it held a pool table and an electric organ my aunt loved to play. We were lucky if she had the time to give us a mini-concert of her newest pieces.

There was also a big screen porch off that room, and a swing hanging from a giant tree outside. It was a house we went to many times, usually for parties, or to go out on the boat with my Uncle to collect lobsters out of the many traps he had around the bay.
My Uncle Johnny was my mother’s oldest brother. This was the uncle I mentioned in my post about camping in the van. My uncle gave my father a job when he’d left the job washing floors. My mother also eventually worked for him, and I worked for him during the last couple years of his life.

Uncle Johnny loved to go fishing, loved to spend time on his boat, and was always willing to take us out for a few hours or a whole afternoon. We were quite young when he first started taking us out. I was a shy kid, and I distinctly remember one day I was seated on a cushion on one of the benches. We were flying across the waves and banging up and down as we hit each one. I didn’t want to say anything to ruin anyone’s fun, but when we got back to land, the side of my knee was one massive bruise from the banging it got. Still, I loved our time on the ocean.

There were trips when we kept a few details from my mother. My uncle, brave soul that he was, took us on his own… 1 man and at least 4 kids, but usually another cousin or two. Once, when we asked about Egg Rock, which we always saw in the distance from his front yard, he took the boat over to the tiny island, pulled up to one of the long rocky fingers, and lifted us up over the edge of the boat and onto the rock itself. He told us to be careful of the edge and to go ahead and wander. There was nothing there we could get hurt on. He’d be back to pick us up. I think of it now and am amazed that we just did as we were told, and none of us fell into the water which was God knows how deep off that rock.

Kids left on their own sometimes obey the rules, when it’s life or death as the choice!

I think we scrambled over that rock for a good 45 minutes or so, inspecting gull nests, checking out rocks and plants that survived out there, and watching the shore and the waves. When he came back, the water had gotten a bit rougher and he pointed over to one long outcropping of rock asking us to walk out and he’d help us into the boat. I am personally petrified of water and don’t swim unless I’m saving my own life. So I was last to get picked up… but while I was inching my way out further and further along the outcropping, the waves were lifting the boat up and down up and down. My uncle reached out his hand and I leaned towards him just as a big wave picked me right up off the rock. Thankfully, my Uncle was quick and as I felt the water lift me up, I felt my uncle’s hand grasp my arm and yank me up over the side of the boat. Phew!

A three hour tour… with a happy final scene!

There was also the time he dropped us off on Little Misery Island one afternoon. It was definitely a bit more interesting than Egg Rock. We wandered, picked up shells and stones, and imagined what we’d build if we had to suddenly stay there. I think we watched a bit too much Gilligan’s Island back then! To get to my uncle’s boat, we had to walk down a craggy rock and sand path that led over the rocks, and down to a small inlet. He had his dingy pulled in there and we could climb in and move out to the larger boat, moored in deeper water. One of my Aunt’s cats, (she had a few Siamese cats and one Russian Blue named Oil Pan) always followed us down those paths, up and over the rocks, and picking his way through the beach roses. When we got to the dingy, he’d jump on and ride out to the big boat. The dingy would get tied up out there for our return, and the cat would just jump off the boat into the water and swim back! I’ve never seen a cat swim voluntarily like that, and I don’t think he even swam OUT to the boat, but he never seemed to mind swimming back home.

There were a couple summers when we stayed at my aunt and uncle’s house to take care of their cats while they went away. They used to go to Hawaii, cruise the Caribbean, and I think they even had a houseboat they took out on a trip one time. We’d sleep in our van in the parking area, and go in and out of the house to cook, use the bathroom, and shower. During those times, we could wander the property as much as we wanted. Up behind the old garage, there was a large section of overgrown raspberry bushes intertwined with mint. We’d get out there with bug spray and sun hats on, big Tupperware bowls in our hands, and pick raspberries (and eat a lot) for hours.

My mother showed us how to pick, and she also showed us a fun thing to do with the mint. We loved the smell, tucked folded up mint leaves into our nostrils! I laugh today thinking of how we must have looked; little raggedy kids in shorts and t-shirts, wearing floppy sun hats and constantly changing out mint leaves as they “lost their scent” and had to be replaced! Those were beautiful sun-filled afternoons that I definitely miss today.

Sleepy ends to sunny days, and more lobster than you can eat!

Many times when we went to Nahant, my uncle prepared pots and pots of lobsters (and crabs and fish, smoked or grilled). I can remember more than once eating at least 6 lobsters before I stopped. I’m allergic to the iodine in them now so can’t eat them anymore, but I definitely got my fair share. My sister Lorraine used to love the little legs she could eat with toothpicks and suck out the little bits. She always asked everyone to save those for her. Our lobster was simply steamed and dipped in bowls of melted butter! Nothing better with the wince of a sunburn on your shoulders, the feeling of sleepiness that only comes from a day on the ocean breathing in the salt air, and knowing that tomorrow would be one more beautiful day to enjoy.

What are the grownups doing?

I’m not sure what my parents did during these visits. Sit and talk from what I can remember, although my mother did go out in the boat occasionally. My father wasn’t a “boat man” and usually just sat in the sun. It was a rare day indeed that he had a chance to sit and do nothing. But on the ride home, we were always a sleepy bunch in the back of the car, and when we were very young, my father would pick each of us up one by one to carry back into the house and put in bed. Those were the good old days.

This week, thinking about those beautiful sunny days brought an idea of a sunny, bright recipe for scallops that ties in so many of the flavors of summer, sunshine, and even a bit of Hawaii in honor of Uncle Johnny! 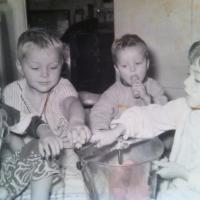 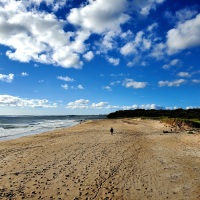 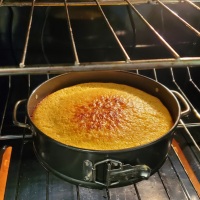