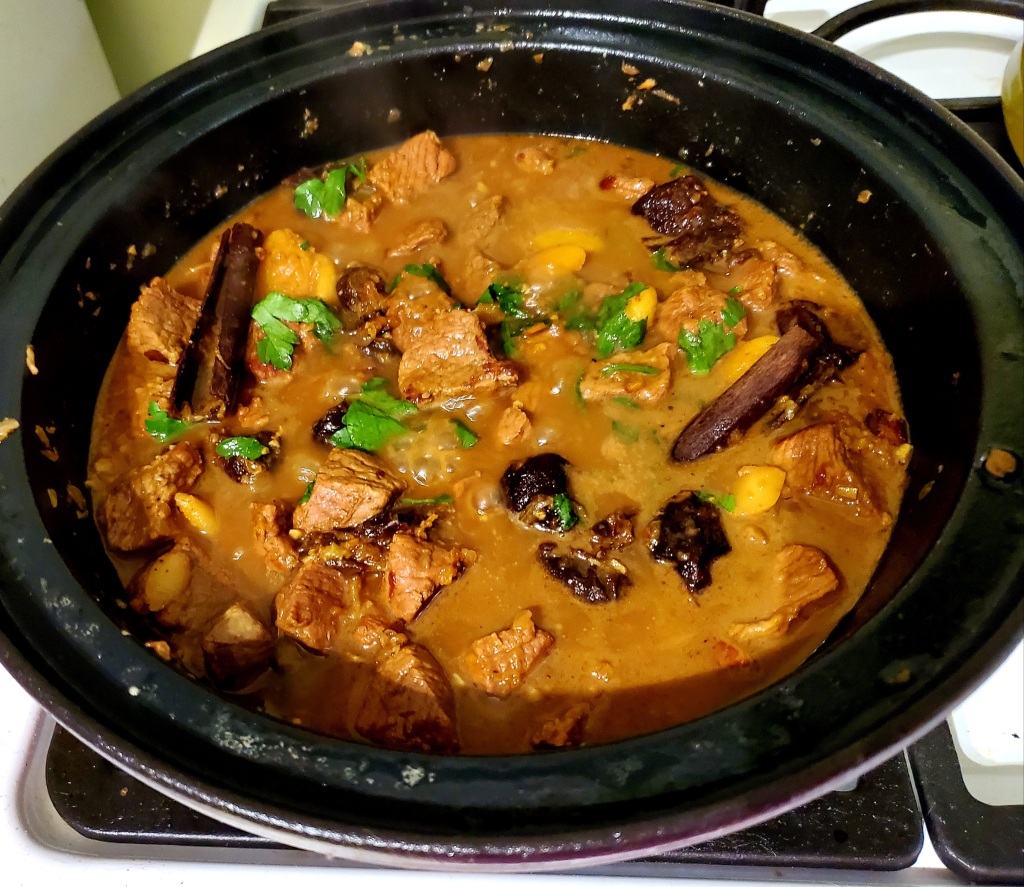 While microwave heating units have been available since the 50s, those sold for household use weren’t available until the late 60s. In the mid-70s they became much more popular and prices came down… well relatively speaking. They still cost $200 – $300 or more at that time, which given the difference in dollar value, even at the low end, is a phenomenal sum today. According to an inflation calculator microwave ovens cost an equivalent of over $1,000 back then. Really? Maybe it depends on the actual item itself. But when I first saw a microwave oven, it was “the new kitchen device.” And many stores didn’t carry them at all.

I remember going to Lechmere’s Department store when i was in high school. They were an anchor store at the Liberty Tree Mall in Danvers, and the summer after I graduated college, I worked there at Ann & Hope. This particular trip was a family outing. Not sure what we were buying, or perhaps I’d seen the microwaves ovens when I was there getting my ears pierced with my friend Jean. In any case, there we were, mother, father, my siblings and I. It was like Ma and Pa Kettle had walked into the store to see the new-fangled things they were selling.

Family trips to the store were rare!

As we entered the store, they had a huge new display and a young salesman in a suit excitedly talking about the newest convenience. My mother never listened to sales pitches. She always figured she knew more than anyone selling stuff anyway. But those metal boxes with the glass window intrigued her. She saw the guy open the door, a light went on, and her mouth dropped open. He closed the door, the light went out and she walked right up to get a closer look. Then she piped up, “Tell me something!”

She stood there patiently. Not looking at the salesman, but expecting a response. He smiled, ready to start his pitch, until my mother asked her question. “Why would anyone buy this when the picture would be so small?” It took me a beat, then I explained, “Mum, its an oven, not a TV.” She blinked rapidly as though the sun had suddenly beamed directly in her eye, laughed and said, “Oh, I have one of those! It’s bigger, too.” And walked away.

Eventually they all come back

A few years later my sister and I bought a very large microwave oven for my parents as a 25th anniversary gift. We purchased the add-on insurance that covered the oven for 10 years. My mother loved that oven and made everything in there. It even came with a meat probe and a rotisserie rod!

And about 2 months before the 10 years were up, the microwave tube blew. I brought that massive oven back to the store and got a brand new, and smaller oven. The one time add-on insurance easily paid for itself, and that second microwave meant our “$600 (give or take) microwave (based on a $200 microwave purchases in 1980) gave us microwave cooking for about 15 years! Not bad.

Do you know what a tagine is?

So yeah, my mother didn’t know what a microwave was, and until a few months ago, I had a loose understanding of what a tagine was. Another amazing kitchen item. A friend of mine had posted on Facebook a while back including a photo of a beautiful dish she’d made in her new tagine.

The dish looked amazing, and she sent me the recipe and commented on how and where she’d purchased the tagine she used. I kept my eye on websites, in kitchen stores, but with the pandemic, we didn’t go shopping much, and most tagines were extremely expensive. But Beth knew I wanted one, so when Christmas shopping without a wish list was the task of the season, she found one, along with a heat dispersing pan, and a cookbook. My task was set, and we chose a dish. Lamb with Apricots and Prunes. We decided it would be our New Year’s Eve special dinner, stopped off at our favorite local butcher, Alpine for custom cut stew lamb (they actually cut up lamb leg for us into bit sized chunks), and we were set! You could probably make this recipe with chicken or beef as well, but the lamb was special, and it was amazing! Note: Both the actual dish you cook in, and the recipe itself are referred to as “a tagine.”

Additional note: The following recipe is a variation I created based on one I found in easy tagine, delicious recipes for Moroccan one-pot cooking. I don’t get any money for recommending it, but it is definitely one I’d recommend, and you don’t need a tagine to create these dishes! But it is definitely more fun.

Lamb Tagine with Apricots and Prunes

The sauce created is incredibly flavorful. I made my no-knead bread recipe for this meal. The perfect crunchy crust, and chewy inside the fits the bill for soaking up each drop!

Not sure how to season a pan? I know my mother and grandmothers on both sides kept heavy as lead cast iron pans in the kitchen. We also had an old bean can filled with leftover grease/lard from all the cooking that was done in that kitchen. It always had a paper towel thrown over the top to keep the mice out. EEEEK! But in any case, I don’t have lard, and I don’t keep a can of grease around, OR use a lot of cast iron, so seasoning a pan was something new to me. It takes a bit of time and is recommended to be redone every few months or so. But it’s amazing and keeps things from sticking as well as makes clean up super easy, just wipe the pan out with a paper towel. Or rinse with plain water if needed. But don’t EVER wash a seasoned pan with soap!

How to Season a Cast Iron Pan

I actually heated my pan the first time upside, down, then turned it right side up for a half hour with more grease, then upside down again for another half hour. But I can tell you, I’ve cooked steak, and pork in that pan, and all it took was a couple paper towels to wipe out the leftovers from cooking, and a quick rinse under plain water and it was good to go for next time. Just make sure your pan is always dried properly. I had a wok once that never got seasoned, and my mother thought she’d help by washing it in the sink. It rusted so quickly. It maybe made one dish and ended up in the trash. Not what you want to happen if you’ve invested in a tagine!

Or read a few more posts to see if you like my style! 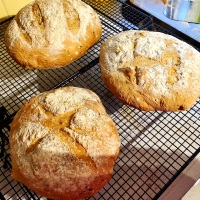